Be An Earth Shaker 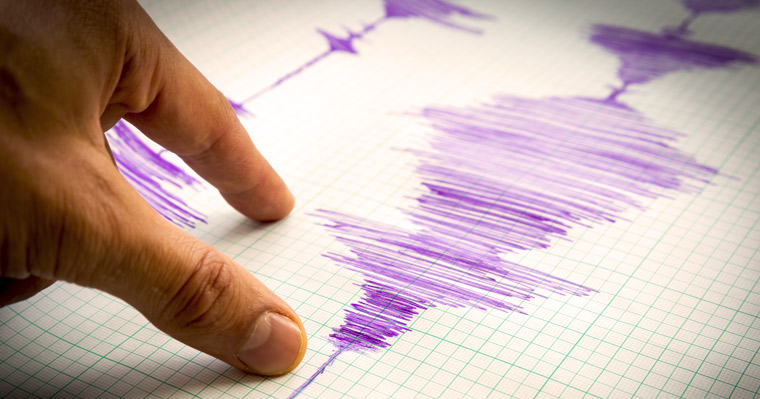 As I was perusing my news sources for the morning, I came across a story that stopped me in my tracks. I was arrested and told to write about it–so here goes.

The World Cup is happening in Russia. As reported by many news outlets, on June 17, 2018, as Mexico took the lead against the defending World Cup champions, Germany, there was a small earthquake triggered in Mexico City, Mexico. Experts explained it was caused by exuberant celebrations of the population. Mexico held on to the lead and won the match.

Now let’s just step back and think on that for a moment. What would happen if the Body of Christ here on Earth would get an unction to have an exuberant celebration! What will it take for them to move into position mentally, physically, and spiritually to cause an earth-shaking event not only a physical one but a spiritual one? You see, there was a majority of the population of Mexico affixed on an event like no other. They were dressed in their nation’s colors and had a collective expectancy for a good showing in the World Cup. They were drawn to their TVs, radios, phones, and computers waiting in anticipation with every possession. Did any say, they will never beat Germany? I’m sure there were a few, but I can pretty much guess from experience that the majority wanted a win.

Mexico is a country in need due to the World’s system and a win like this could be a battle cry for change in that country. A change that can be realized as a result of hope. Hope that even though the country is in turmoil, good things are still possible! There were a group of men that worked really hard to become world-class soccer players, kept improving, and made it to the top level of play, and in-turn was able to beat the reigning World Cup champs. Events like this can cause the determination of a few to become contagious and spread throughout the population and have a lasting effect–HOPE.

Will the Body of Christ need an earth-shaking event to get to a place of hope or will they dress (in the Spirit) in their country’s colors and start to collectively expect the coming of Christ? In the natural, will they work hard to be heaven-class citizens, following the voice of God, keep on the narrow road leading to improvement and strength within themselves, and become the Body of Christ–the Hope of the World? Those who do will start the revival that will spread out across the world. It will be a contagious event that only the anointing of Christ on His people can accomplish. It will be a manifestation of the HOPE of Christ in the World!

The casual Christian, those not dressed in the Spirit and lacking a wedding garment, may well be some of the ones outside the marriage dinner. (See Matthew 22) The wedding is ready for those who believe in Christ, who will serve God, those who have hope in His return and are willing to put on His garments, take up their cross for His sake, and wait expectantly for an earth-shaking event like never seen before–Christ’s return.

Make sure you have your heavenly ‘earthquake preparedness plan’ in place!